During the Covid 19 pandemic, Team Valley Printers (TVP) decided to take on a promising young apprentice to provide them with the opportunity to complete their print training with a secure employer during a climate of global uncertainty.

Managing Director David Auton was approached by BPIF Training– which facilitates apprenticeships within the printing industry in the UK – to enquire as to whether TVP would be able to support an apprentice who was halfway through their qualification when their position was terminated due to the global pandemic.

This apprentice was Justin Shotton, and he has gone on to become a real asset to the TVP team, and Team Valley Group overall. Today, we are excited to share more about Justin’s journey with the Group and to mark the successful completion of his apprenticeship. 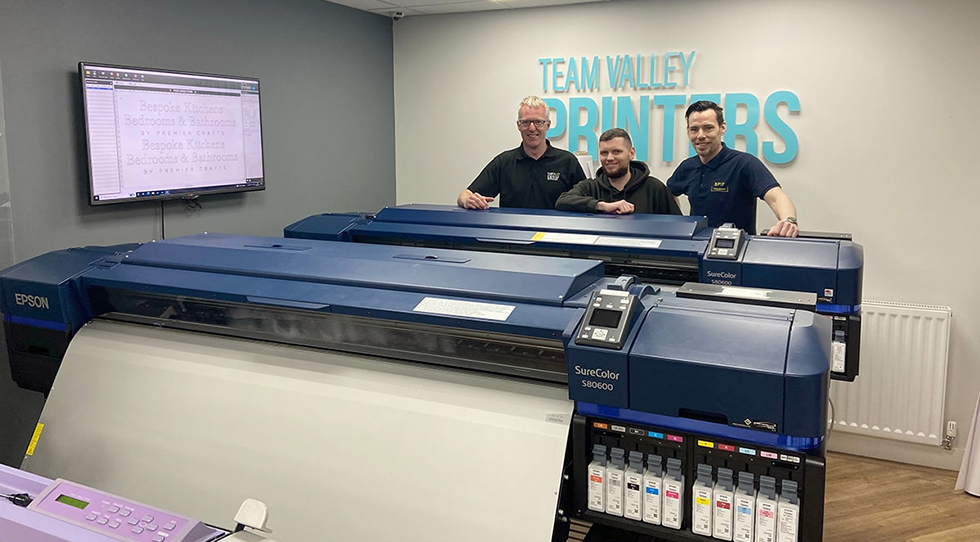 When David was asked whether TVP could accommodate Justin, he was confident that due to the experience Justin had already gained throughout the early course of his apprenticeship, he would certainly be a good fit within the company. “Prior to Covid, we were running at capacity due to continued business growth,” David says, “taking on Justin meant that we could offer him further training whilst business was slow and, with the extra hands readily trained up, we would be able to hit the ground running as business opened up again.”

David has been impressed with the knowledge that Justin has quickly taken on and demonstrated within the large format print department. Now equipped with his GQA Level 3 Diploma in Digital Pre Press, as well as a C&G Level 3 Certificate in Printing and Graphic Communication, David is confident that Justin will be able to now look at developing his skills in the other areas of the digital print business that the Group operates within, and will be more than equipped to mentor and share his experience with new members of staff who join the Group in the coming years. 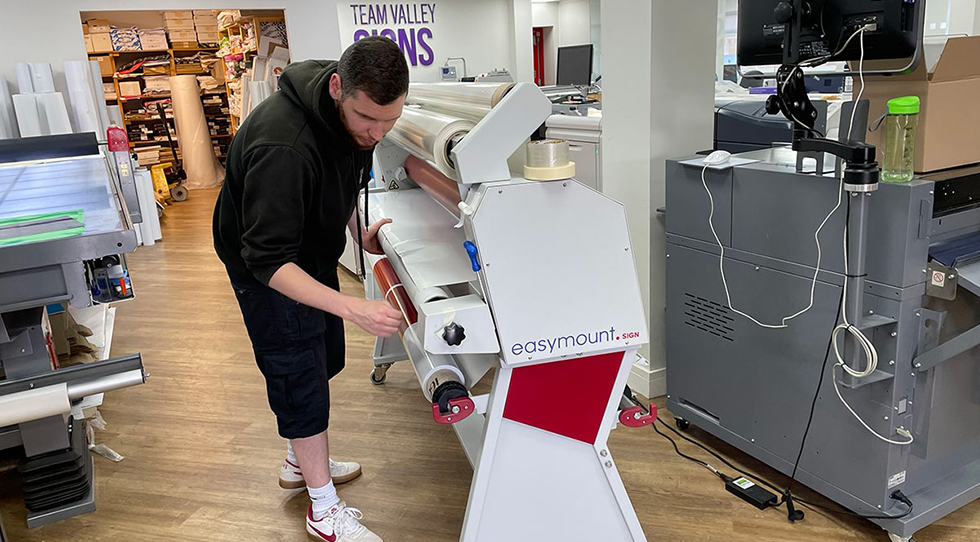 As it stands Justin’s primary duty as a Large Format Print Operator involves the effective operation and maintenance of large format printers. He is responsible for keeping stock in check and ensuring that each job is successfully seen through to the finishing stages of production, which can include lamination, cad cutting and more. According to Justin, his favourite aspect of his job is the positive and supportive working environment that he enjoys at Team Valley Group.

On behalf of everyone in the Group, we would like to congratulate Justin on the successful completion of his apprenticeship and thank him for his excellent contributions to the company thus far.

This website uses cookies to improve your experience while you navigate through the website. Out of these, the cookies that are categorized as necessary are stored on your browser as they are essential for the working of basic functionalities of the website. We also use third-party cookies that help us analyze and understand how you use this website. These cookies will be stored in your browser only with your consent. You also have the option to opt-out of these cookies. But opting out of some of these cookies may affect your browsing experience.
Necessary Always Enabled
Necessary cookies are absolutely essential for the website to function properly. These cookies ensure basic functionalities and security features of the website, anonymously.
Functional
Functional cookies help to perform certain functionalities like sharing the content of the website on social media platforms, collect feedbacks, and other third-party features.
Performance
Performance cookies are used to understand and analyze the key performance indexes of the website which helps in delivering a better user experience for the visitors.
Analytics
Analytical cookies are used to understand how visitors interact with the website. These cookies help provide information on metrics the number of visitors, bounce rate, traffic source, etc.
Advertisement
Advertisement cookies are used to provide visitors with relevant ads and marketing campaigns. These cookies track visitors across websites and collect information to provide customized ads.
Others
Other uncategorized cookies are those that are being analyzed and have not been classified into a category as yet.
SAVE & ACCEPT